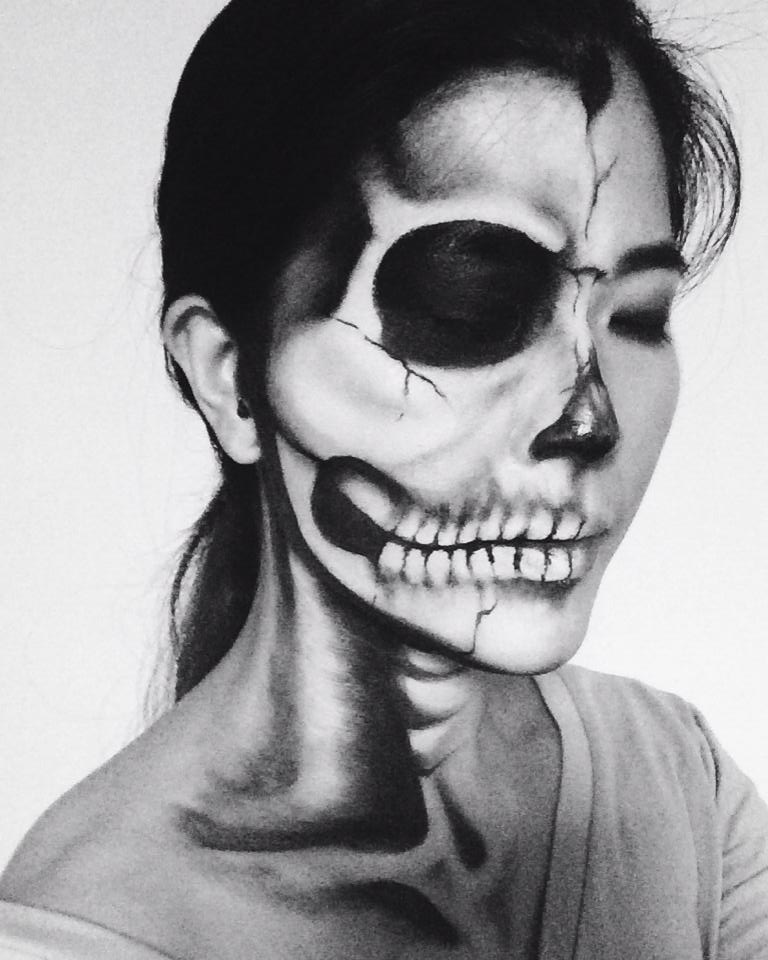 Born in 1979, June Goh grew up with a love for the visual arts. She used drawing and painting as an escape from her job in the Food and Beverage Industry. Having had the opportunity to train under award-winning tattoo artist Jap Loh, June quickly developed her own niche in body painting and airbrushing. With her passion now fully stoked, she wanted to expand her portfolio by pursuing make up and special effects. This led to her enrolling in the Make Up Forever Academy, where she excelled in her education and after graduating, began her career in make up by being called back to the academy as a trainer.

After a successful stint as as a Public Trainer and Senior Artist at Make Up Forever Academy, Singapore, June continued developing her talent working as a freelance make up artist for various companies and events. One of the highlights of her career was the Gucci Fashion Show for Singapore and Kuala Lumpur, 2013, where she was the lead hair and make up artist. She has also had the opportunity to work with actors such as Brandon Fraser, Ethan Hawke, Rebecca Hall and JJ Lin. In 2007 and 2009, she worked on the Yellow Ribbon Project campaign where she was the airbrush and body paint artist. She has also worked on Stage productions such as Singapore Repertory Theatre’s A Midsummer Night’s Dream in 2007 and Aaron Kwok De Reel Show in 2009.